Why You Should’ve Started Entered the Ring Yesterday On June 13th, Saturday afternoon, Crazy 88 MMA in Elkridge put on a smoker fighter that showcased 10 exciting Muay Thai fights. It was intended for the students who wanted to begin competing in Muay Thai or Kickboxing. These exhibition matches were fought in the ring in front of a live audience.

There are many benefits in putting on a smoker fight for our Muay Thai program beside the fun factor of a fist fight. Milton was one of the 1st timers who stepped into the ring.

A nervous first time competitor Milton Cerezo (26) recalls, “My name was called and I walked to the ring like it was a real event. It felt real. My opponent was called into the ring after me. Once he stepped over the rope, I asked myself, ‘Why did I sign up for this?’” Milton fought very well, outstruck his larger opponent and was very happy with his performance and the whole experience.

Secondly, it is a great assessment for the student, as well as the coach. The coaches may know what their students can do, but they can’t factor in how they will do in front of a live audience or how well they will follow the instructions until the students actually compete. The coaches will learn that their students are weak in certain part of their fight game and learn that certain student needs to be communicated to differently.

For our June Smoker Fights, seven teams took part; Top Flight, Wrigtson BJJ, Ivey League MMA, Lloyd Irvin MMA, Sitpayak Muay Thai, Evolve Academy and Crazy 88 MMA. All rounds were two minutes long with a minute break in between. The fights were three rounds with a couple exceptions, some were two rounders. All participants really enjoyed their experience especially Garrett Kline (17) from Evolve Academy, “I’m still very fresh. I started training about a year ago and looking to compete MMA but loved my experience today. I am very interested in doing it again!”

Christian De La Cruz (38) a student for mere 10 months at Crazy 88, enjoyed his fight so much he posted in social media saying, “Thank you to all the coaches for the great experience, for all the help and discipline. You guys go beyond your means. Thanks to everyone of my team and especially Austin. Thanks to all at my gym!” 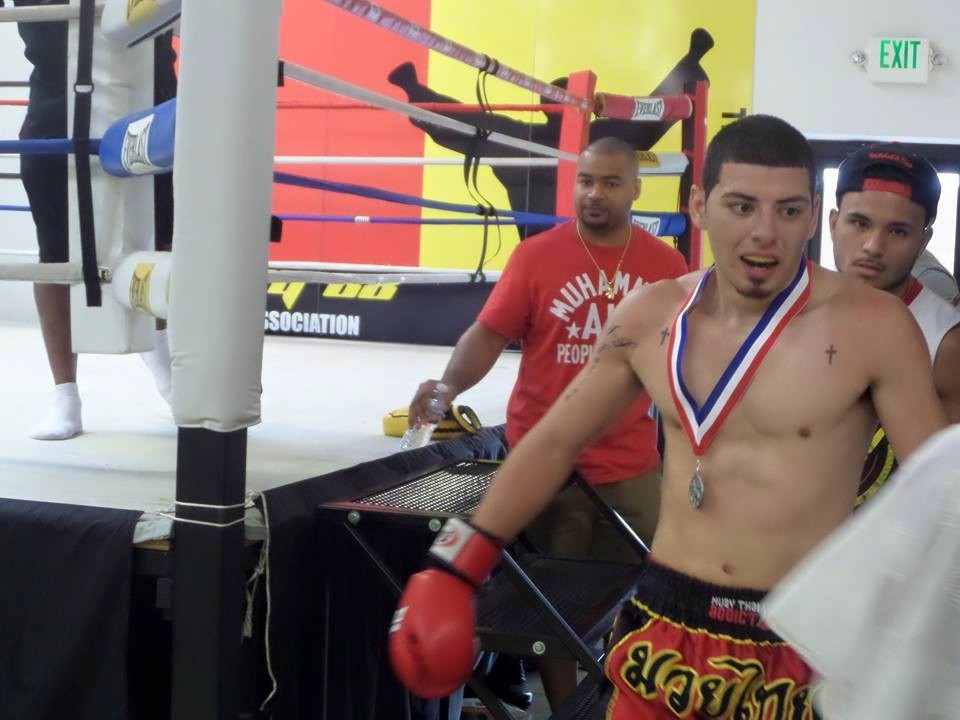 Carmelo Diaz competed in his 2nd smoker fight and looked much more comfortable in the ring.

From the recent Muay Thai Fights, we have seen improvements in our program and we can see that from our new crops of fighters as well. There are improvements in our boxing as well as our kicks and clinch game. However, we still have much more to improve on and these fights were able to pinpoint where we need to make improvements. I know the team is looking forward to make these necessary adjustments and make gains as we get ready for more competition. As for the next group of competitors, the next smoker fight at Crazy 88 will be in September.