How (NOT) to Train BJJ with Women The original question was posed to me in relation to women but this isn’t really an article that’s just limited to just training with females.

How should men roll with women at Crazy 88?   Should submissions be attempted?   Should we focus on top game or bottom?   When are things too aggressive?Yesterday, BLUE BELT MALE submitted PURPLE BELT FEMALE over and over again with aggressive submissions.  I have never submitted a woman but rather identify opportunities but just keep rolling.  I’ve heard women avoid certain guys because “they go to crazy”.  So what’s  the ‘right way?’

I’m going to approach this question from the other side and focus on the WRONG way.

The Most Aggravating, Annoying, Obnoxious Types of People to Train With (whether You’re Female or Not)

This is a person who has very imprecise movements and so hits you in the face, grabs your fingers, chokes you across the mouth, pulls you back over your knees, etc.  Usually everything they do is “competition legal” but in the realm of going hard / being dirty.  Depending on the level of their inaccuracy, they oftentimes don’t even know they are doing this.  The reason for this ranges from not wanting to tap or give up a position to just being clumsy to their mind being consumed by a berzerker Hulk-rage.

I’m not recommending a #KeepItPlayful mentality and stopping every time you get unintentionally hit in the face (I know a few guys who act like they received a soccer kick to the temple every time they get bopped in the head) but there is a way to train hard without being reckless and dangerous.

An intermediary expression of Murder Inc, is to to go 100% brutality for the round but then be gentle by not cranking the submission.  I’ve seen guys absolutely rough up their smaller partners, slamming their bodyweight on them after the pass, kicking them in the face when they step over the head, sandpapering their gi across the cheek, and then when they put the armbar on, go super slow and not crank it.  While this is not 1st Degree Murder Inc, it still most definitely deserves indictment on a lesser charge. Unlike World Wars, Murder Inc is not be something to be proud of in Jiu Jitsu!

This is when a person is rolling at a good pace and activity level, but when he gets put into a bad spot, he explodes and goes Super Saiyan (AKA “going Ape Sh**”) on you. Depending on the person, this Super Saiyan state can last until he is out of danger or for the rest of the roll. You should take this as a compliment as this usually means you’ve cut off their technical options.  Plus, you should actually learn to deal with this (hint: float and move out of the way instead of pinning) but it’s still a very annoying habit.

Common example: Big guy is rolling smooth and then you pass his guard.  He reverts to the rolling bench press technique, where he rocks from side-to-side, attempting to explosively throw your puny body off his chest. 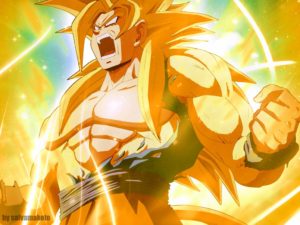 Get a dominant position and this will occur.

This is the exact opposite response of Murder Inc. This is when the larger student does not try at all, utterly destroying the value of the roll. Note: If you’re training with your Black Belt instructor and he is going super-light, most likely he is not being a limp noodle but is trying to identify mistakes in your offense.  On the other hand, if it is the 6 month White Belt, he is probably just being a Limp Noodle. 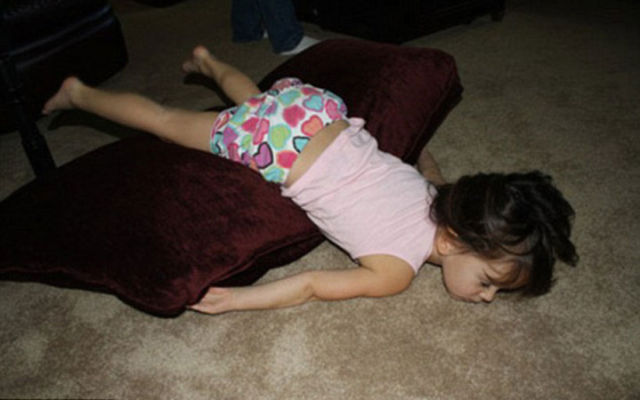 What? I AM trying – just rolling light!

“There is nothing more frustrating than spending all your time in a locked down position where the person is not trying to advance.” I actually did not know this was a big issue but an informal poll of the ladies here at Crazy 88 noted this as the #1 Most Aggravating Way to Train with a Female!

**** All four annoying habits are often accompanied by the transformation of the culprit to “On the Mat Professor.”  This entails coaching and technical instruction being spontaneously provided during the roll to the victim.***

So how should you roll with BJJ Women?

Easy. The same as everyone else. You can make adjustments for physical differences i.e. modifying explosiveness, strength, weight, and speed just like you would if you were training with a lighter male.  Elimination of space can be adjusted depending on your partners skill.  Whatever you decide to do, keep it consistent throughout the roll and don’t overcompensate if you didn’t adjust correctly.  Remember, at the end of the training session, you and your partner’s jiu-jitsu should have improved – regardless of gender… or weight… or age… etc. etc.