How do I get six-pack abs? 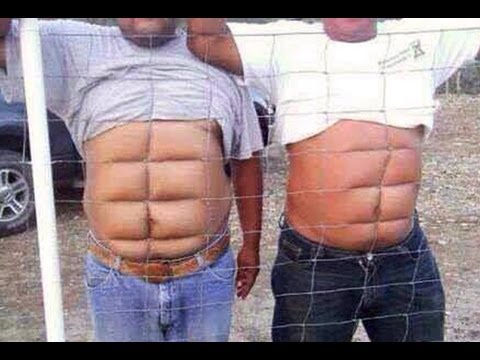 How do I get 6 pack abs? Is it more dietary?

Six pack abs. We all want them, but few of us have them.

Why is this?  Not enough ab work? Too much Cinnabon? Genetics?

These are all the questions people typically ask when they want to know how to get the elusive six pack. These are the basics in regards to babe magnet level, washboard abs.

The answer is… sort of.

There are three main body types in regards to weight gain and weight loss. Endomorph, ectomorph, and mesomorph. Endomorphs – if you are endomorph, then sorry, you’re going to have to work hard for your abs. Endomorphs gain weight much more easily than the other two body types. These types may need some extra cardio added in to their routine to burn off some more calories, and they have to watch what they eat closely. There is a benefit to being an endomorph however. Endomorphs gain fat easily, but they also gain muscle easily. The endo looking for abs has to be very careful in the diet department.

Ectomorphs – I personally am an ectomorph. Ectomorphs have a very hard time gaining any sort of weight, fat or muscle. The typical ectomorph is very skinny, and can eat Chipotle for breakfast, lunch, and dinner without gaining much. If you’re an ecto, you probably have no future in professional football, sumo wrestling, or bouncing, but you will most likely have an easy time getting and maintaining a six pack.

Mesomorphs – this is the body type we all wish we were. Mesos embody the word “athletic”. These are the guys who can gain 5 pounds of muscle just by looking at a set of weights. Mesomorphs gain fat and muscle more easily than ectomorphs, but don’t have to watch their diet nearly as much as endos. If you are a mesomorph, then you hit the athletic jackpot. Good for you. -_-

Now, these are not black and white categories of body types. Few people fall neatly into any one of these categories. Most are a combination of two of them, leaning more towards one or the other. For example, I lift weights and eat a lot, so I do have some muscle like a meso, but I lean more towards the ectomorph body type.

The bottom line: these are not infallible laws of the human body, just broad categories. Not what you had in mind?

Second, is it more dietary or fitness oriented?

Its a little of both, but it leans more towards dietary. The common phrase is that “abs are made in the kitchen.” If you find yourself spending hours a week in the gym and still don’t have ladies swooning over you every time you take your shirt off, then you have to look at your diet. Here are some basic guidelines for shredding out:

1. Carbs are not your enemy.
Ever since the Atkins Diet came out, people have banished carbs to the dietary underworld. Carbs will not hurt you, but they can be timed to be your friend. If you have the ability, it is best to time your carbs for in the morning, before your workout, and after workout. These are the times that your body is going to take those carbs and convert them into muscle glycogen. During sleep, your body becomes depleted of muscle glycogen, and is ready for carbs. If you are already stocked on muscles glycogen, then your body will convert those carbs into excess energy, aka fat.

2. Load up on veggies.
Veggies are you best friend if you want a six pack. They are loaded with nutrients that are necessary for a variety of bodily functions, and the extra fiber will fill you up quickly and keep you full for longer. Do they taste the best? I don’t think so. Will they make you look a greek statue of marble? They’ll damn sure help.

3. Avoid alcohol.
This is the one no one ever wants to listen to. Anytime I tell someone they need to cut back on alcohol I get the “c’mon, be serious” look. But its true, I swear! Alcohol has a lot of calories in it. Seven calories per gram, as opposed to carbs and proteins which are 4 calories per gram, and fats which are nine calories per gram. Alcohol is also going to throw off all the hormones that help you burn fat, making it that much harder to get abs. And last but not least, people under the influence of alcohol have been shown to be 75% more likely to eat Taco Bell. Okay, so that last one is an exaggeration, but I guarantee after a night of drinking you won’t be craving a salad.

4. STOP BUYING FAT-FREE CRAP.
Fat-free has somehow become a code word for “healthy”, but it should be a code word for “loaded with sugar instead”. Most fat-free foods are exchanging fat for sugar to make sure that it still tastes good. This is extremely counterproductive. Good fats, like the ones found in raw nuts or avocados, are a key nutrient for healthy hormone production. Healthy hormone production leads to fat loss. Fat also takes a bit longer to digest than carbs, leaving you feeling full longer. Translation: eating lots of fat = fat loss. Weird, right?

This is really just the tip of the iceberg on ways to get abs, but its a good foundation to build from. Follow these guidelines and you will be much closer to your dream of looking like an extra from “300”. Getting a six pack for the average person is going to take quite a bit of discipline, but its a lot cheaper than a Lamborghini. *wink wink*