Five Mistakes to Avoid When Dealing with Losses At Crazy 88, we like to have an active competition team in Brazilian Jiu-Jitsu, No-Gi, Thai boxing, and MMA.  And of course, if you compete, you will inevitably lose.  And like everyone has told you, its what happens after the loss that is important.  So let’s look at five common errors, competitors make when dealing with losses… 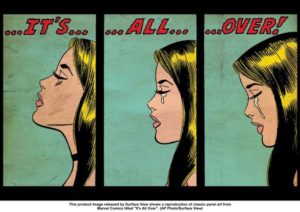 Not realizing its a lot easier to switch directions than get started.

There is a saying that 1 tournament is equal to 1 month in the gym.  You’re going to learn a lot from competing and become more motivated from the experience.  Competing is a valuable form of feedback and allows you to make course corrections so be happy that you got out there and can now learn from it. This also relates to the next point.

Making too much of a loss.

Losing doesn’t mean you are going to lose forever (even it feels that way sometimes).  It doesn’t mean you should quit training.  And you do not have to kill yourself.  Stop being a drama-queen.  Remember, one win at the higher level of competition outweighs any losses at the lower level.

Taking too much time off after a loss.

To a certain extent, you need to desensitive yourself to the stresses of competing. The best way to do that is by competing a lot.  Its too easy to get caught up in your head and over-analyze if you are taking 2-3 months off after every loss.  The limited competition schedule makes each competition seem so much more important than it is; it’s really not a huge deal that you lost BUT it feels like it if you are only doing one match a year vs. one match a month.If you look at high school sports, there are usually a 2 competitions a week so you, the martial artist, can definitely handle one every 2-3 months.

Winning and losing are not solely in your power; your opponent and the referee are going to play huge roles as well.  If you lose, your focus needs to be on what IS in your control rather than what isn’t.  Compete enough and you’re going to ‘get screwed’ by the referees and judges.  Also, you’ll probably run into someone who is way better than you.  This doesn’t really matter.  Focus on your training, your strategy, your technique, your conditioning, your mindset, etc. Not accepting the most obvious solution.

I had one very talented very technical student back in 2005.  His first day of class, one of the advanced students confided to me, “This is going to be your first world champion.”  He loved the classes  and was a monster in the room.  He brought that same ability to the competition mats… for the first 2-3 matches.  After the first few bouts, he is so exhausted he can’t leave the mat after the match is over (much to the delight of his next opponent).

I begged him to do strength & conditioning but he always wanted to work on technique and just spar.  Guess what?  He never became a World Champion.  In fact, he struggled throughout his years competing – not because of technique but because of conditioning.

Don’t be afraid to put in the work.  For some people, its going to be physical.  For others, mental and emotional.  Whatever your problem is that prevents peak performance, there are ways to alleviate it – but you have to be willing to do the work.