Dropping Out as a Senior: The BJJ Blue Belt Curse

A quick google search indicates that Brazilian Jiu-Jitsu Blue Belts worldwide suffer from a behavioral pattern referred to as the “Blue Belt Curse”.

Formerly-disciplined students that would be at the gym 4-5 times a week, slowly fade away until newer students ask, “Who’s that visiting Blue Belt?” It’s this kind of disease that causes so many academies to make attendance the primary measure of promotion (a terrible idea in my opinion). 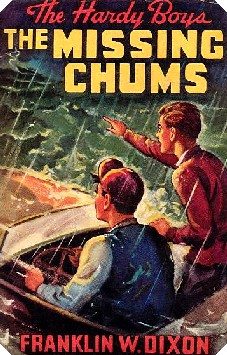 Disappearing Blue Belts was a problem even in the 1970s

As a man on the frontline, I have to ask myself why is this happening and how do we stop it?

What causes a student to dedicate 2 years to a martial art and then just quit?

Hypothesis 1 – It was so hard for the student to receive Blue Belt that they feel they can not do the process over. Blue Belt is the first belt where you can see the monumental difference between the start and end of the belt.  This can be somewhat disheartening.

Hypothesis 2 – Most students do not want to be in the upper echelon of grappling / martial arts ability. Achieving a real Blue Belt level probably puts you in the top 1% of grappling ability across the general population. This isn’t to say that Blue Belt is some amazing accomplishment but rather to point out that the average person has no grappling ability whatsoever.  The Blue Belts are now jumping from from being able to outgrapple someone on the street to being able to outgrapple a trained opponent. Maybe that’s a level of expertise they don’t need.

Hypothesis 3 – Its about time for something else to come up. Blue Belt takes 1.5 – 3 years for most students at a legitimate Jiu Jitsu school. Most people don’t do ANY non-essential activity for that long. In that time, people get married, move, get injured, join the military, etc.

A significant change in motivation usually underlies all the motivations that cause the Blue Belt Curse.

Human motivations can be divided into positive and negative.

Positive motivation is wanting to get, achieve, or be something. For example, wanting to be a World Champion or wanting to be famous. These are goals that you pursue.

Positive motivation is based on wants rather than fears and can drive individuals to achieve their goals – in martial arts or elsewhere.

Negative motivation is wanting to avoid or escape something. For example, running away from a hippo. These are outcomes you are trying to avoid.

Different individuals tend to be more motivated by one type or the other.  And the exact same action can be motivated by different reasons. For example, you might want to buy a new car because it is a status symbol.  On the other hand, I might buy that same car because the hassle of negotiating rides and car time is driving me crazy.

A friend of mine recently became unmotivated and confused after largely “making it”.  Due to some smart real estate investments, he paid off his house and has a nice chunk of change sitting in his bank account.  But he feels uneasy and listless.

You see, when he was a child, he was homeless for a short amount of time.  His parents were in the immigrant grind and he got to see them struggle just to have a place to live and some food on the table.  That experience drove him to become educated, make money, and promise himself he would never let himself be in that situation again.

He was using NEGATIVE motivation to push himself up to this point – fear of being poor, fear of being homeless, etc.  Now that he has some money and no mortgage, he has lost that driving force.  He wants to keep pushing but its is difficult to find a new motivation as strong as the previous one.   This is when most people just try to stabilize their lives and stay in their newfound comfort zones. Regardless of what the reason is, here are a few suggestions to those grapplers who are feeling the blue belt blues.

1.  Eliminate “feel like it” motivation. Set a routine and stick with it. One of the best students at Crazy 88 is a gentleman who started Jiu-Jitsu in his mid 40’s. One of the main tenets of his training philosophy is that he makes time for Jiu-Jitsu. He trains Tuesday, Thursday, and Friday evenings – like clockwork. He very bluntly says that it would be impossible for him to have maintained training without this discipline. Life always comes up and you can always find a good reason to not go into the gym that night.

2.  Push yourself. Level jumps are usually caused by differences in HOW you train rather than HOW LONG you’ve been training. You need to push yourself to take it to the next level.  The novelty of rolling has largely worn off – you’ve gotten your first tap, you’ve been tapped, you know a lot of the students at the school etc.

But you need to still push yourself – whether its mastering completely new skillsets or pushing into different areas i.e. No-Gi, competing, MMA, etc.

Blue Belt is one of the most fun belts in the Jiu-Jitsu journey.  You’re still at the point when you can come into the academy and learn something completely mind-blowing that you’ve never seen before.  You also are in an awesome position training-wise; you can beat many of the other students but a sizable group can also beat you – making every roll really fun.  Think of it as Senior Year of High School – its still High School but its WAY better than being an underclassman (white belt).  Why would you go through Freshman, Sophomore, and Junior year, just to drop out as a Senior?!?